Indigenous Youth Inspired to be the Nation's Next Storytellers 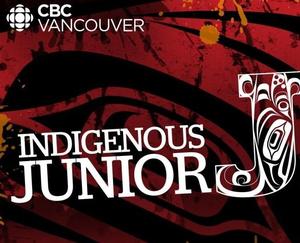 Indigenous students across Canada took part in a one of a kind experience with the CBC Broadcast Centre in Vancouver November 13th and seven of our Nala'atsi youth were a part of it. It was a day of inspiration by CBC's Indigenous journalists and veteran hosts, including Angela Sterritt, Duncan McCue, Ian Hanomansing, Gloria Macarenko, and more.

Nick, Jullian, Darius, and Sergio may not have thought too deeply about journalism, but after a trip over to Vancouver November 13 for a day-long event in audio, video and storytelling workshops, these Nala’atsi students are thinking a little differently now about the industry as a career prospect.

It was a last-minute decision inspired by a parent that happened to show McClure a link to the program and thought how wonderful it would be for the students. Students agree. Their journey was nothing short of a really cool experience, according to Jullian Goosen, Grade 11. But the purpose of the event, now in its fourth year, was far more significant than a fun day away from the classroom.

Structured like a boot camp academy, the event was designed to introduce youth to the world of journalism and broadcasting and expose students to the many vocations in an industry that lacks strong Indigenous representation.

“It was basically to get more Indigenous youth interested in this [journalism],” shared Grade 10 student Nick Brown-Sherbrooke.  “For years [Indigenous] were given a stereotype in stories. This was about trying to break this.”

A total of 150 Canadian Indigenous youth from as far as Nova Scotia, Toronto, Thunder Bay, and the Yukon joined students from the mainland and Vancouver Island to listen to and engage with a line up of CBC's Indigenous journalists and veteran hosts including Duncan McCue and Ian Hanomansing. The seasoned journalists imparted a message about their life journey and how it brought them to their chosen vocation today.

Participants then spent the day with hands on journalism and broadcast training.  Journalists Angela Sterritt, Gloria Macarenko and Steve Sxwilthul'txw led students through workshops to give each a chance to practice skills in editing, producing, recording, and writing with the aim to expose the youth to their hidden interests and talents.

“I think the most important part about all the keynote speakers was the delivery and how they just let their stories flow throughout the entire room,” explained Sergio Alvarado, Grade 11. “It was very professional. Everyone leading the workshops just genuinely wanted to teach everybody.”

Darius O'Malley shared how he was drawn to the storytelling workshops. The Grade 12 student hopes to soon pursue a future in writing novels, but the work behind the scenes appealed to him most.

“It was interesting to see all the moving parts. It all looks so surprisingly simple,” expressed Darius. “It humanizes the anchor people. They aren’t just there on TV. There is a whole lot more going on that you don’t see.”

Douglas explained that for their first-time experience, which started as a scrabble ended up being a worthwhile experience.

“I would love to go back. It was an amazing opportunity,” added Douglas. “Now that we know exactly what goes on, we will go again. We were very lucky that all the students we took this year were really interested and wanted to learn more about it.”

In the spring of 2019, The Board of Education developed a new four-year Strategic Priorities Plan with a commitment to enhance the curriculum with more opportunities to include Indigenous ways and knowing into educational programs.