As an introduction to this unit, check out the Wab Kinew video below – a highly condensed, funny, and informative overview.

Unit 2 of BCFNS 12 examines the history of First Nations peoples in BC from initial contact with European explorers in the 1770s and into the 20th century. Contact with Europeans happened later for First Nations people in BC compared to other Indigenous groups in North America; however, they were aware of the Europeans well before contact. First contact took place at sea, and a maritime (sea-based) fur trade was quickly established. During the maritime fur trade period, First Nations people integrated new materials and customs into their traditional social patterns. The land-based fur trade, however, began to change the balance of power.

The fur trade era had a profound impact on First Nations peoples. The devastating effects of disease introduced during this period overwhelmed any positive effects, as close to 90 percent of  the First Nations population died from smallpox and other diseases.

ACTIVITY 1: We’re going to start by trying to understand what first contact in BC looked like: what the leader’s perceptions of each other? What were their hopes and fears? What were their first impressions? Compare the accounts of Maquinna, chief of the Nuu-chah-nulth peoples, and British explorer Captain Cook. 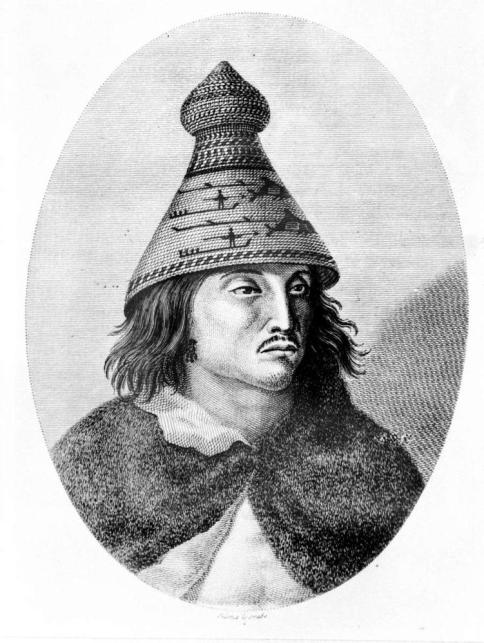 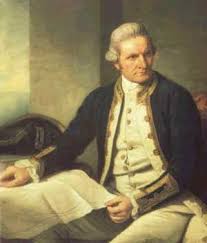 After you’ve read these accounts, read pages 64-65 in the textbook and take a look at this poem entitled First Encounter.

In 2-3 paragraphs, consider the question: how would you describe the different perspectives of First Nations peoples and European explorers? In what ways were there interpretations different?  Try to identify 3 differences. 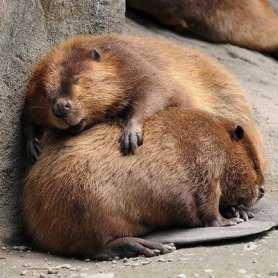 At about the same time as the maritime fur trade was increasing on the west coast, explorers and traders who had been trading with First Nations people in Eastern Canada were starting to venture on foot west over the Rocky Mountains in search of new trading opportunities. As with the marine fur-bearing animals, the pelts of land-based animals such as beaver, mink and martin were very valuable. Beavers!

Let’s take a moment to consider how amazing beavers are. Did you know that they are the only animal – outside of humans – who actively and fundamentally alter the landscape?

ACTIVITY 2: Using pages 67-75 in the textbook, complete the following graph that compares the maritime and land-based fur trade. Also, complete the diagram concerning the role of women in the fur trade. You can access those hand-outs here. 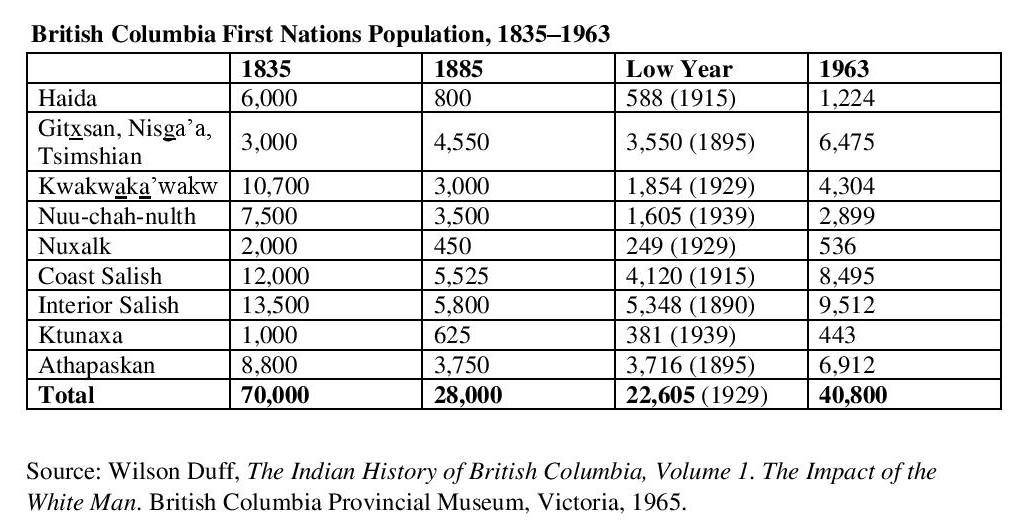 ACTIVITY 3: As you can see above, the arrival of Europeans had an absolutely devastating impact on First Nations people in BC through disease alone. European contact had other profound impacts on the Indigenous peoples of the land. After reading pages 77-78 of the textbook, use this visual organizer to record the different ways in which contact and the early fur trade impacted First Nations groups: Results of Contact 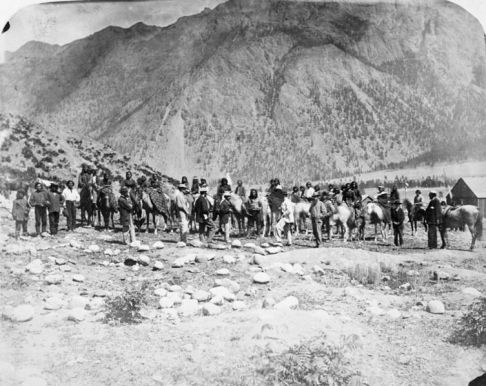 “The discovery of gold in BC, along with a decreased demand for furs in Europe, created a shift in the economy in the mid 1800’s. While contact with Europeans and the fur trade had a devastating impact on First Nations people, it still allowed the basic family unit and traditional way of life to remain fairly intact (disease and colonial policies notwithstanding).

However, the new wage economy (as opposed to a trade economy), based on gold, forestry, mining and fishing, created a very different type of labour demand, one based on the production of the individual. First Nations people were able to apply their traditional skills to these new types of jobs, but it changed both their relationship with the colonizers, from trading partner to worker, and the purpose of the work from the survival of the community to earning of wages to buy consumer goods.”

For an important First Nations perspective on the European presence in BC from the gold rush moving forward, read “The Laurier Memorial” on page 82. Consider this passage as you complete this unit. Next, move onto pages 84-85. In one paragraph answer the question: “Was the Chilcotin “War” really a war? Here are the guidelines for the assignment: Chilcotin War assignment.

“What Really Happened in the Chilcotin War?”

ACTIVITY 5: Time for a short research project (and a breather from all this heavy reading). Spend a few minutes investigating this question: when and how did colonization begin in your territory? (You can choose your hometown if you’d prefer). Why were Europeans attracted to that area, and what was the major industry once they moved into the area? See what information you can find and record it in point form. 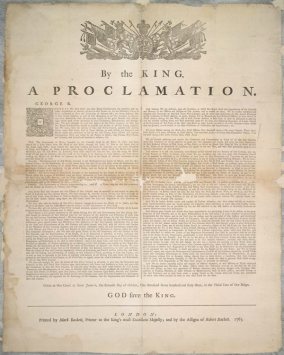 ACTIVITY 6: From the Royal Proclamation of 1763 to the Trutch Era

Let’s start with this PowerPoint: The Colonial Era

Quick, extremely oversimplified Canadian history refresher: the French came first. They colonized parts of Eastern Canada. Then the British came. The French and British fought each other a bunch, both in North America and in Europe. The British won. The Royal Proclamation of 1763 was issued by King George III (Britain) to establish how Britain would rule over the North American territories formally ceded by France to Britain in the Treaty of Paris following the Seven Years War. It established the constitutional framework for the negotiation of treaties with the Indigenous peoples of large sections of Canada, and it is referenced in section 25 of the Constitution Act, 1982. It is VERY, VERY important. It has been called the “Indian Magna Carta” or “Indian Bill of Rights” and continues to inform debates today.

Next, read the section “Colonial Policies” (pgs 83, 86-89). This is a critical section in order to understand historical and contemporary land issues for First Nations in BC. In a 2-3 paragraph response, compare the Royal Proclamation of 1763 to European settlement in BC. What do you think this means for modern land claims?

Complete Unit 4 using your textbook. The worksheets can be accessed here: BCFNS 12 – Unit 4 and you can access the online version of the textbook here: BCFNS 12 Textbook

I apologize if this is a bit dry – it will be replaced by more varied activities in the future!