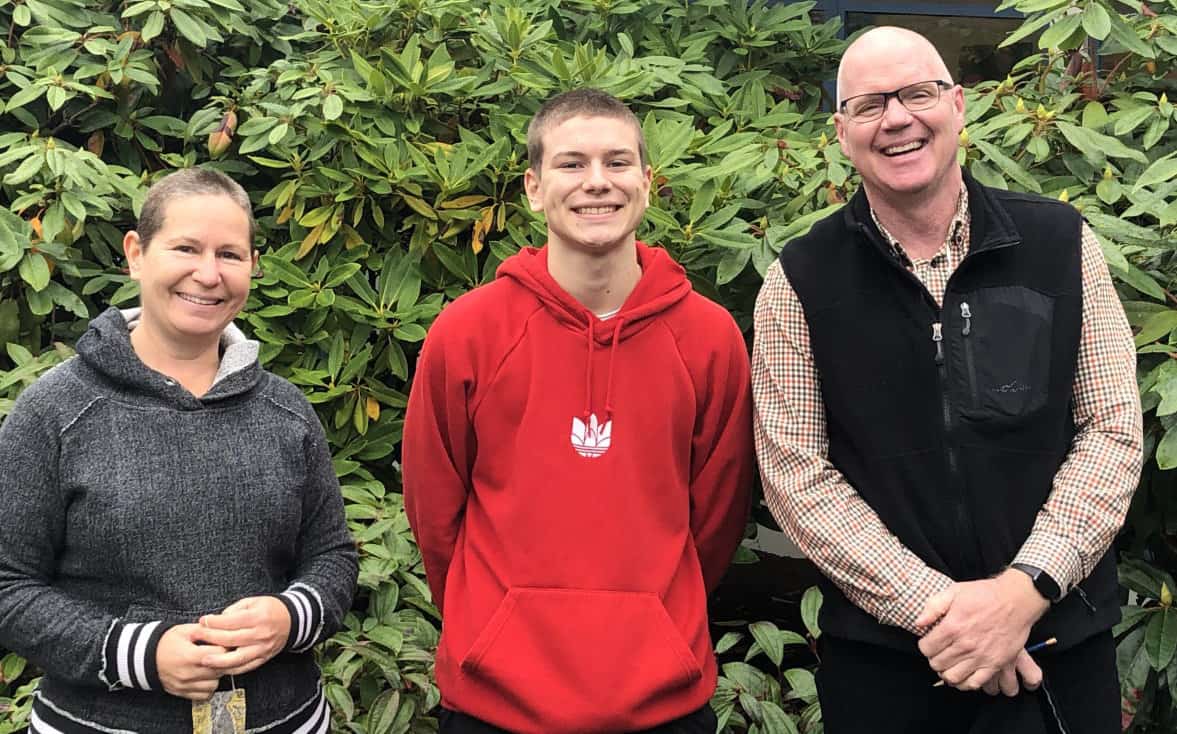 When Ms. Charity Munro, a Highland teacher, said she would shave all her hair off if the school raised over $2500.00, she hoped this would challenge the students to rise to the occasion. “I realized I was committed when I saw our donations pouring in.  I then had to start the slow goodbye to my hair,” said Munro.

The Terry Fox Run and fundraiser is a long-standing tradition at Highland, and this year students were given an extra fundraising challenge.  If staff and students raised more than $1980, which was the year of Terry Fox’s Marathon of Hope, then teacher Mr. Ian MacLean and Grade 12 student Eli Blasco would shave their heads.  Ms. Munro’s offer was an added incentive.

When Blasco first signed on, he wasn’t convinced it would happen.  “It started out as a way to kick off fundraising and then it took off from there.  More and more people kept coming up to me telling me how much they were going to donate.  It was awesome. ”

On October 7th with the sun shining and school spirit high, staff and students ran and walked around the school and neighbourhood. Not only did the Highland community meet their fundraising goal, but they  wildly surpassed it by bringing in $4600.

True to their promise, Mr. MacLean, Ms. Munro, and Eli Blasco all had their heads shaved outside at lunch last week with students and staff cheering them on, further bolstering school spirit and making for some terrific memories.

Jacques Nijhoff, one of Highland’s teacher organizers, said, “I am inspired by Highland’s fundraising for Terry Fox’s Marathon of Hope. Year after year, we have increased our fundraising total. Well done! Special thanks to Mr. McLean, Ms. Munro, and Eli Blasco.”

Huge gratitude for all who organized, participated, and donated to this very worthy cause and Highland tradition.  Highland Has Heart!