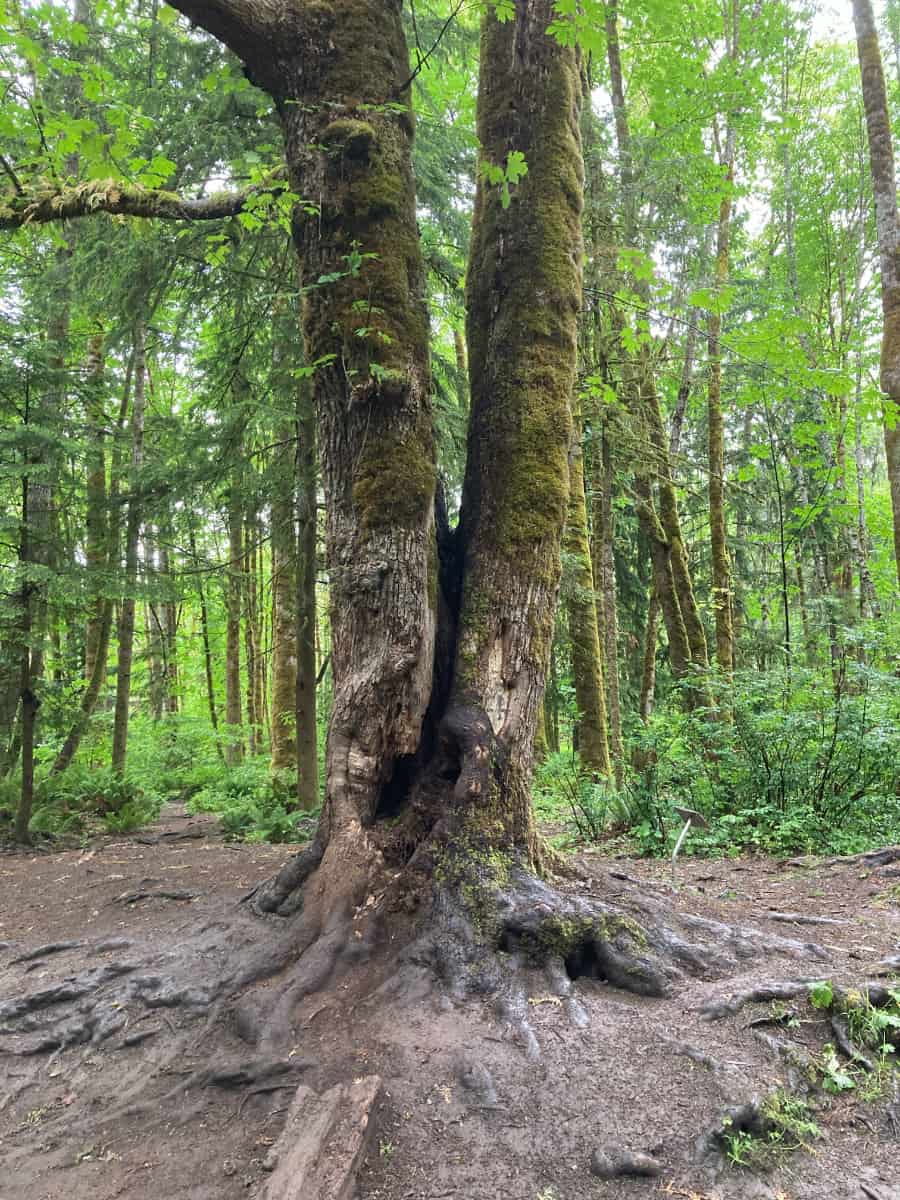 When Marion Dulude moved to the Comox Valley last spring, she brought with her a passion for outdoor education. Through Serina Allison, the school district’s Environmental and Outdoor Learning teacher, Dulude learned of the Comox Valley Nature (CVN) Tree of the Year contest. “The goal of the contest is to foster a strong connection with nature, increase awareness of cherished local trees, and raise interest in the value and protection of trees,” states the CVN website. This mandate was the inspiration behind what has become a memorable success story for Dulude’s Grade 6 class at Puntledge Park Elementary.

It began with Dulude adapting the questions on the nomination form for her students. As a class, they then held their own version of the contest, voting for trees that were significant to the students. It was clear from the beginning which tree was the most popular with the class: between the two final contenders, a tree nicknamed “Big Doug,” which grows beside the school, and the bigleaf maple in Morrison Park, the maple was the unanimous winner.

The students from Puntledge Park Elementary and Lake Trail Community School visited this bigleaf maple and the surrounding park several times a week. Arden Creek runs through the park, and a restoration project is under way to remediate the creek and surrounding area to better support salmon and lamprey populations.

In partnership with the Morrison Creek Streamkeepers, Dulude’s class replanted Douglas fir trees along the stream.Dulude spoke to her class about the “delicate balance between human impact and connection to place” that the park provides. With the CVN contest in mind, the class returned with a new assignment: to learn about the bigleaf maple growing along the stream bank.

One of the first things the students noticed about this impressive tree was the rope swing hanging from one of its branches. “It has a swing that we can use and have fun with,” noted one of the students. Another student said of the long branch with the swing, “It has ferns and moss that grow on it.”

The class measured the height of the tree at approximately 36 metres and the trunk diameter at 135 centimetres. They also guessed that it was about 100 years old. “Majestic” is how one student described it. “It’s very big because it has always been there, and I have a lot of memories with friends there,” said another.

A distinctive feature of the Morrison Park bigleaf maple is that, as one student said, “It has a twin.” This tree has a codominant stem, and at the base of the tree, where the two stems meet, is a heart-shaped cavity. The love that is felt for this tree is evident in its very form. “This tree is so special to me because the 400 kids at the school love this tree so much, and I do too,” said one of Dulude’s students.

Dulude submitted the nomination to the CVN Tree of the Year contest on behalf of her students, acknowledging that their voices matter. She then encouraged the students and their families to vote for their nomination online.

Before the winner was announced, the class went on many bike excursions to observe the other trees in the contest. Although their bigleaf maple tree came in a close second to the first-place tree, a western yew in the Cumberland Community Forest, the true success story is the “cross-curricular learning that has happened throughout this project,” says Dulude.

Throughout the project, students engaged in everything from plant identification to learning the names of several trees in Kwak’wala, one of the languages of unceded K’ómoks territory. They also discussed voting, cyber security, traditional and commercial uses of trees, and environmental impact. As a result, the Tree of the Year project has taught Dulude’s learners valuable lessons, while strengthening the special connection they have to the Morrison Creek bigleaf maple and the park surrounding it.

Teachers interested in learning about opportunities to involve their students in riparian planting are encouraged to contact Morrison Creek Streamkeepers.

Online Learning gets an upgrade
Scroll to top