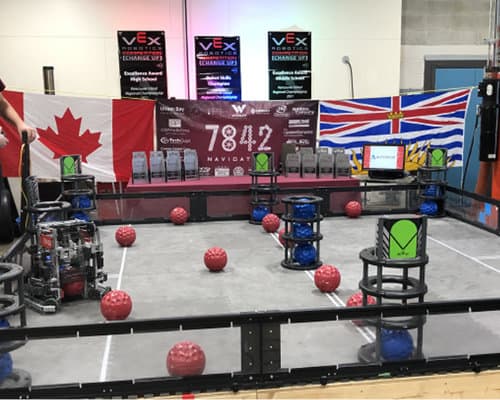 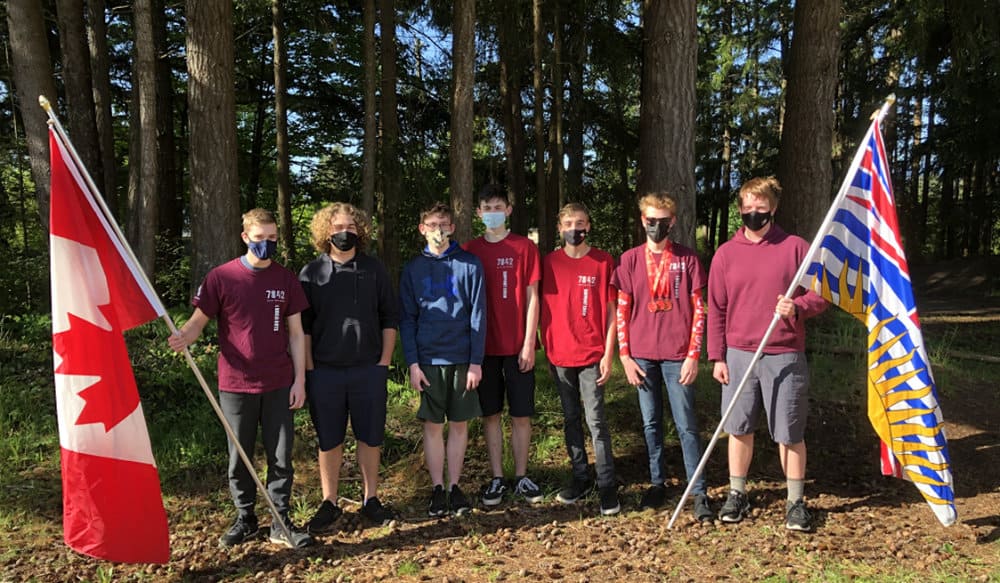 Comox Valley has the distinction of achieving excellence in robotics and have proven once again to be among the best on the world stage.

Three local teams represented Comox Valley Schools at the 2021 VEX Competitive Robotics World Championships May 16 to 22, which were virtually hosted from the REC Foundation’s headquarters in Greenville Texas.

Due to the current global pandemic, robotics teams were faced with the additional challenge of having to collaborate and compete in relative isolation using web-based technologies to bridge the resulting gaps and compete on-line remotely.  And, as a result, the championship competition qualified for the Guinness World Book of Records as the largest on-line competition of its kind. 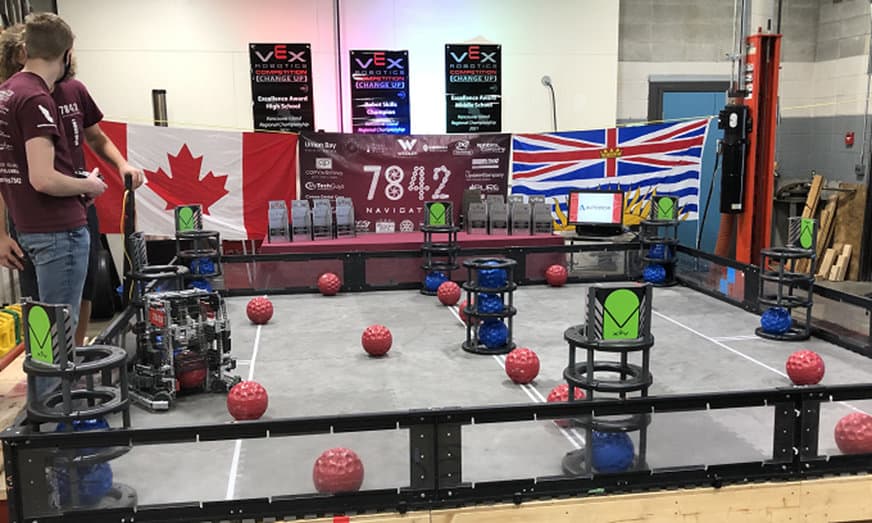 This season’s game challenge; “Change Up” was loosely based on Tic-Tac-Toe, where teams attempted to take ownership of a 3 x 3 grid of nine goal towers by depositing red balls in the top and de-scoring blue balls from the bottom.  One point was awarded for each red ball scored and blue ball de-scored.  An additional six points were awarded for each fully completed row of three towers, either vertically, horizontally or diagonally for a maximum possible total score of 126 points.  In matches where 126 points was achieved, the time required to complete the round also factored into the team’s final ranking.  Each team was provided three chances to achieve their highest possible score in manual driver mode as well as in autonomous or fully pre-programmed mode.  Their best driver and autonomous runs were then added together for a combined over-all total, with a maximum possible score of 252 points. 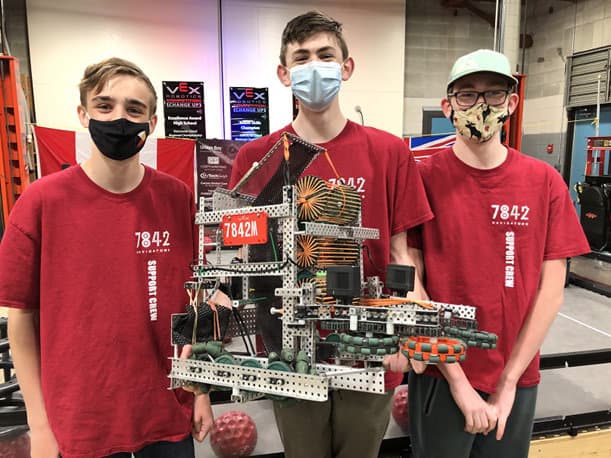 Our middle-school division team 7842M; consisting of members Nicholas Horel, Andrew Phillips and Logan McCoy, competed in the Live Remote Skills (LRS) competition’s top seeded “Mercury” division where they scored 81 points in driver mode and 52 points in autonomous mode for a very respectable total of 133 points, finishing 36th in their division and 50th in the over-all World rankings.  For a first-year team with only a few months of experience under their belts to finish 50th in the World is quite an impressive accomplishment. 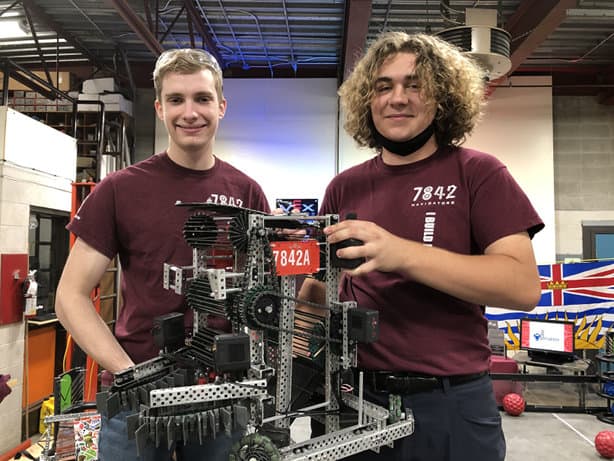 High-school division team 7842A; comprised of members Joel Saunders and Zane Henderson, competed in the LRS competition’s second seeded “Venus” division where they scored an almost perfect 123 points in driver mode and 78 points in autonomous mode for an impressive total of 201 points, finishing 11th in their division and 49th in the World rankings.   A very admirable finish for Team-A. 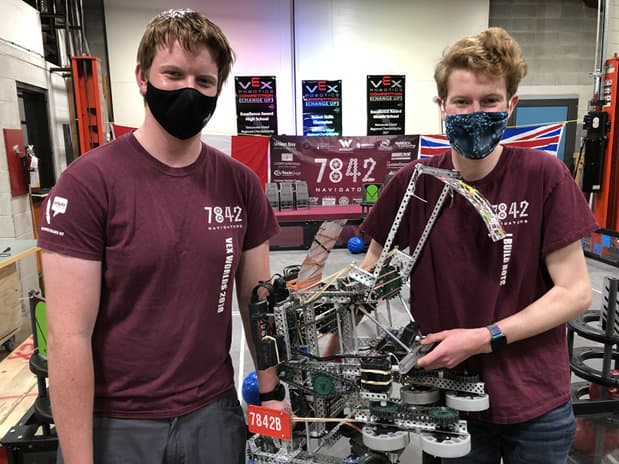 Also competing in the high-school division was Navigators team 7842B; with senior team-leaders Theo Lemay and Sawyer McClellan in the LRS competition’s top seeded “Mercury” division, who managed to score perfect driver mode and autonomous runs for a maximum possible score of 252 with a total of 11 seconds remaining.  This amazing score left them in first place for much of the competition.  Unfortunately, towards the end of the second day of competition they were unseated, thus finishing 5th in their division and 6th in the World standings.  Truly an amazing and unforgettable performance!

Team 7842 was also recognized by the judges as having one of the best staged video productions in the World competition, earning us an additional 15 points.

These World-class performances by our three teams can be viewed on-line via the following video links:

In the end Canadian teams managed to win 6 of the top 10 positions at the World’s LRS competition, establishing Canada as a dominant force in the field of competitive robotics and STEM education.

Congratulations and many thanks to our 2021 World Championship competitors and to all of our 7842 team members as well as the many volunteers who have helped make this unique and extremely challenging season such a memorable success.  Congratulations and best wishes also goes to our senior team members; Zane Henderson, Joel Saunders, Sawyer McClellan and Theo Lemay who are graduating this year.  You will be missed by all but never forgotten.